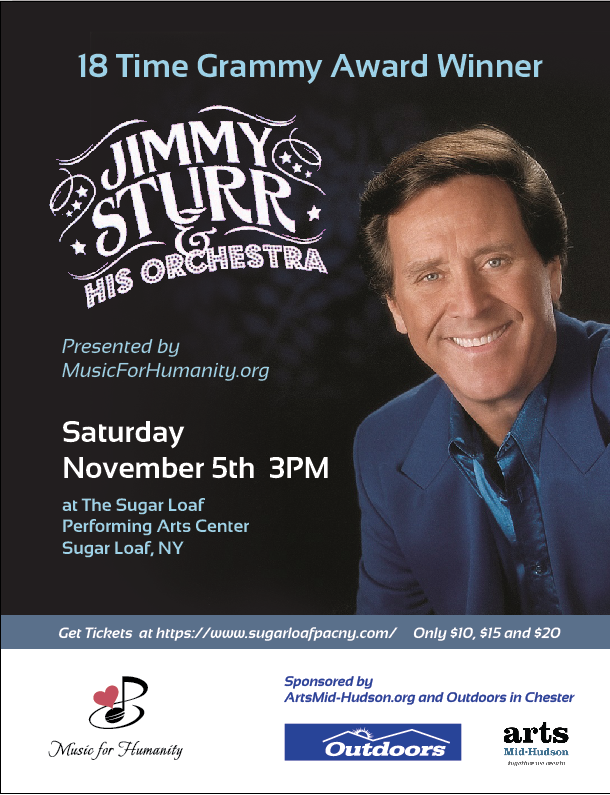 Jimmy Sturr and His Orchestra have over 117 recordings and 18 Grammy Awards which puts them in the Top Ten list for All-Time Grammy Awards. They have performed around the world. The Orchestra has recordings with some of the biggest names in the music industry including Willie Nelson, Charlie Daniels, Bobby Vinton, Arlo Guthrie, Bela Fleck, Alison Krauss, Mel Tillis, Brenda Lee, Duane Eddy and Delbert McClinton. Plus, they are the only band to ever appear (4 times) with brass at “The Grand Ole Opry” in Nashville Tennessee.
We do not sell or resell tickets to this performance. You must purchase them here.
This project is made possible with funds from the Statewide Community Regrants Program, a regrant program of the New York State Council on the Arts with the support of the Office of the Governor and the New York State Legislature and administered by Arts Mid-Hudson.