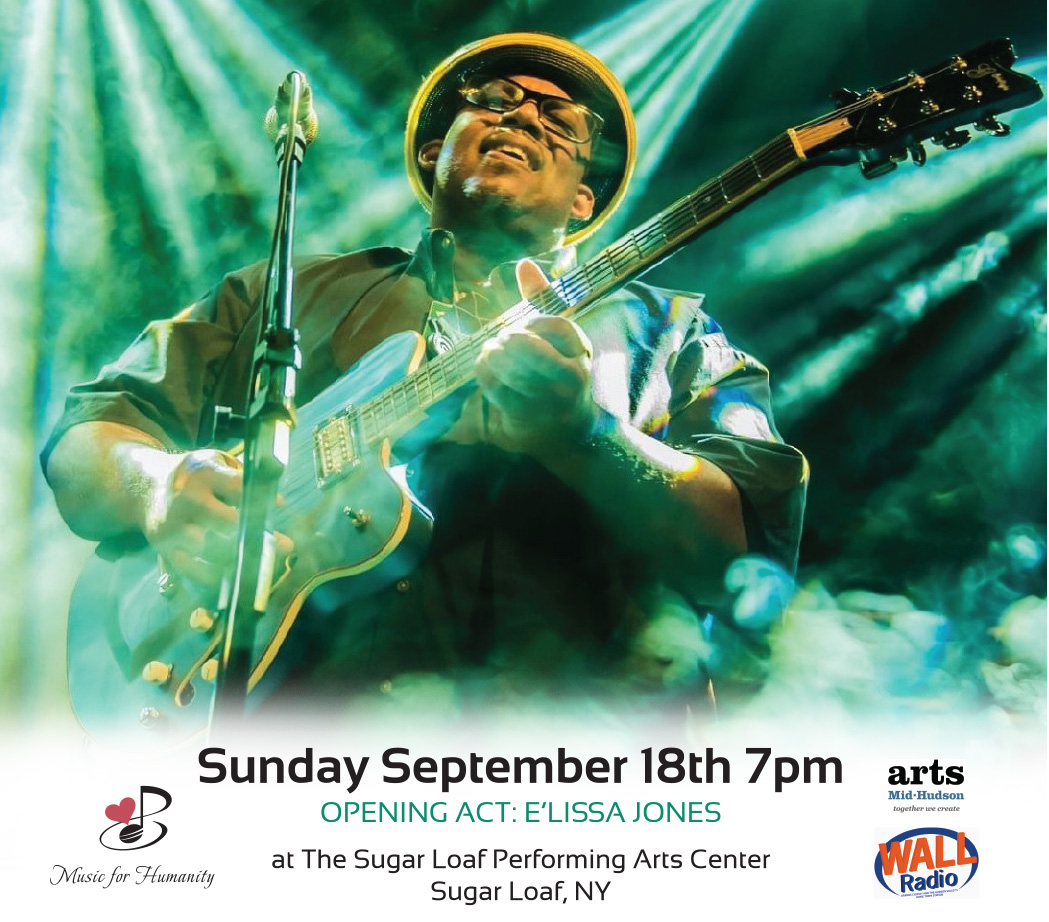 The internationally renowned Slam Allen is a messenger of love. This dynamic entertainer uses the genres of Blues, Soul, R&B, and a touch of Rock and Roll to deliver powerful soul stirring performances!

Slam captures you with a voice that echoes Otis Redding, a guitar that immerses you in B. B. King and stage energy reminiscent of James Brown, all while captivating you with his own original music! This gifted musician and entertainer was the lead singer, lead guitarist and band leader for the legendary Grammy-nominated James Cotton. “Playing with Cotton was such a great experience for me! There are things I learned from him that you can’t learn from any school. It was a great honor!” says Slam. Today, with 6 cd’s to his credit, Slam Allen crisscrosses the globe playing festivals from Argentina to New York, from Italy to Florida, from Switzerland to Chicago, and beyond.

This project is made possible with funds from the Statewide Community Regrants Program, a regrant program of the New York State Council on the Arts with the support of the Office of the Governor and the New York State Legislature and administered by Arts Mid-Hudson. Special thanks to WALL Radio for sponsoring this event.

Elissa Jones is a music educator in the Warwick School District, but also one of the most dynamic performers in the Hudson Valley.

E’lissa Jones is a beautiful singer, prolific songwriter, violinist, pianist, and guitarist. She is an exceptionally talented artist with a wide range whose songs embrace audiences with powerful melodies and expressive lyrics. Influential styling ranges from folk to rock in her catalogue of over 250 original songs.

While classically trained as a violinist, E’lissa is largely self-taught as a vocalist and a plethora of other instruments she performs with.

E’lissa has toured the world as a backup singer with Wilson Pickett, Ray Charles, Al Green,  as well as the exceptional artist that she is. Throughout her career she has performed and toured with many legends and has recorded and released six albums, Shadows from her teenage years (1997), This Melodie (2003), Anymore (2008), Sweet as the Sun (2010), Like Water (2011), CD Fire & Sun (2015), her single Forever Girl (2017) & latest release Christmas Time (2021). E’lissa’s music has been used in the soundtrack of the film Strings Attached and the film When the Dust Settles.